Patriotic Heroes from around the world

Hello and welcome my fellow plastic addicts. And to my American readers, Happy Fourth of July. To celebrate this day, I have decided to do something special.  As people know there are tons of heroes (both inside and outside of Marvel) that wear the American flag as their costume. But did you know that Marvel has a great number of other foreign heroes that wear their own country’s flag? Britain as one (actually a few) as well as Japan. Of course, even made-up countries like Latveria and Wakanda have their heroes.  So for this Independence Day, I have decided to search around the world and name as many Patriotic Heroes from as many countries as I can.

However, I will be limiting a few things on this list. First of all, I will only be listing one character per country. I mean, if you look at America alone, they have a nearly a dozen flag wearers and even each state has some kind of heroes. So if I was to name everyone of them I’ll never see the end of this list. Also I’m not going to be able to list every countries heroes. I mean there are 195 countries in this world, never mind in the Marvel Universe where there are dozens of made-up countries. Lastly I will only be doing countries that exist on Earth (Marvel’s Version) so I will not be including places like Asgard, other planets and different realities.

So let’s get started with the heroes we actually have figures for. Since it’s the fourth of July, we will start with the United States of America.

(Please note that if you are offended by any of these, it is not my fault. It’s Marvel’s) 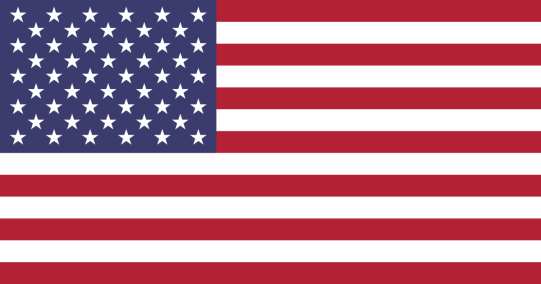 Of course the flag bearer oF America is Captain America. Steve Rogers was created to be America’s hero during World War 2 by Marvel. His basic color are the american flag, with a star for the states and stripes for his independence. He would go onto to inspire dozen if not hundreds of other heroes to wear the flag. 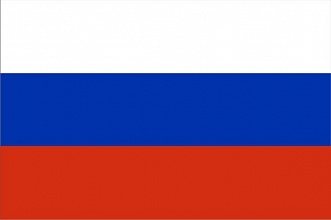 Russia flag bearer is essentially a carbon copy of Captain America, The Red Guardian. He was originally created during the Cold War (as Black Widow’s ex-husband) for the Soviet Union, but as since become a hero for the Russian people. He has been a number of different people but the basic design remains the same.

Some might argue that the Flag Bearer of Britain is Union Jack. However, he doesn’t become stronger by the will of the British people. Whether you’re from England, Scotland, Wales or Northern Ireland, the hero for you is Captain Britain. He is also a member of a multi-dimensional corps known as the Captain Britain Corps. Plus he is Psylocke’s twin brother and she was even the Captain for a while.

Big Hero 6? Pssh! They wouldn’t exist if it wasn’t for Japan’s greatest hero and one of the few mutant heroes to wear the flag, Sunfire. While he started out as a X-men villain (this was shortly after WWII so forgive Marvel for that), he has since become Japan’s flag bearer. He is essentially wearing Japan’s rising sun flag with their symbolic fish (the koi) as a mask. He was so inspirational, that Hiro Takachiho (Hamada in the Disney movie) sought him out to lead the Big Hero Six.

Oh Canada! (Sorry. Had to do it). Canada was one of the first countries to force their superhuman community to register with the country. This was lead by James Hudson. James had wanted Wolverine to be the leader of Alpha Flight but he went to the X-men. After trying to get Wolverine to return (forcefully), James took up the mantle Guardian and became Alpha Flight’s de facto leader and thus wears a version of the Canadian flag.

Didn’t expect to see a hero from Haiti being on here did you? Brother Voodoo is actually Haiti greatest hero and while he doesn’t wear their flag, he embodies their culture with Magic and Voodooism. 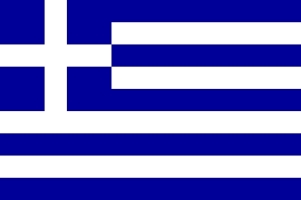 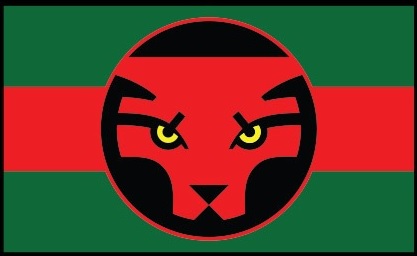 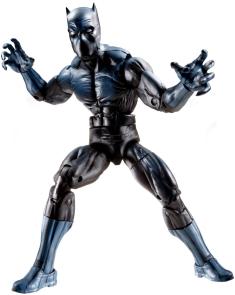 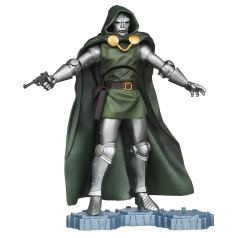 Hey I never said they all have to be friendly with all of the countries. In Latveria, the people consider Doom their hero so he counts. In fact if it wasn’t for Doom, the country would have been under rule of a even bigger tyrant. Doom truly care for his country and his country cares for him. Doom himself designed the flag to be similar to his armor. 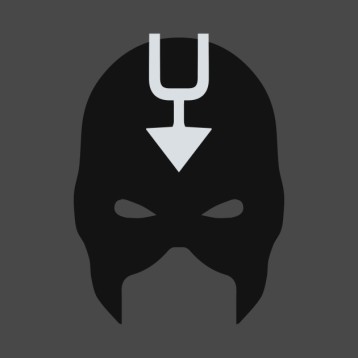 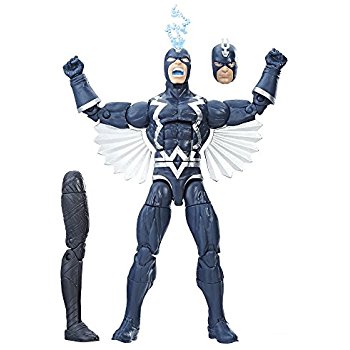 While the Inhuman’s City state of Attilan has no official flag, the tuning fork that adorn many members of the Inhuman people as well as buildings and artwork has become it’s symbol. It should come as no surprise that Black Bolt is the states symbol hero.

While this might be cheating a bit (hence the reason it’s last on the list), but the Kingdom of Atlantis covers 90% of the planet. Atlantis also holds a seat in UN so they are considered a country in the Marvel Universe. For Atlantis, the symbol of their country is the Trident which Namor weilds. Thus he is their flag hero.

Well that’s all the Patriotic heroes that I could find that have been made into Marvel Legends at this time so now to list the rest of the countries who may have a hero. Note that not all countries have a hero and some haven’t even been mentioned by Marvel. Also note some of these aren’t 100% right but are as close as I can get. I will try and name as many as I can. I’m only listing them and giving possibilities of them being made, so don’t look for much background. 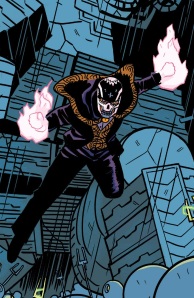 Chance of Being Made – Low Chance but possible Dr. Strange figure

Chance of Being Made – Low Chance

Chance of Being Made – Possible but not the modern fatter version. 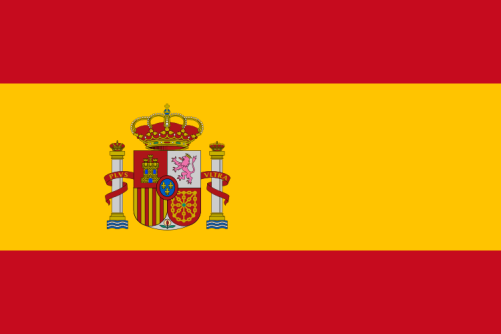 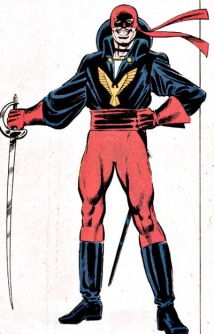 Chances of Being Made: Possible 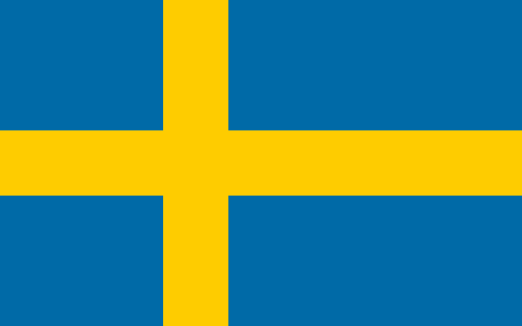 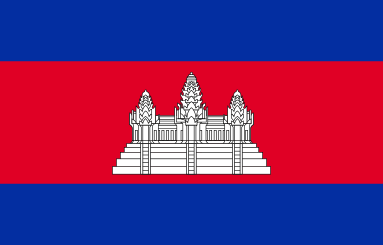 Chances Of Being Made: High Chance (she is a member of both the Avengers and New Warrior)

Chances Of Being Made: High Chance (he is also a recurring villain for the X-men and Captain America but is usually a hero to China) 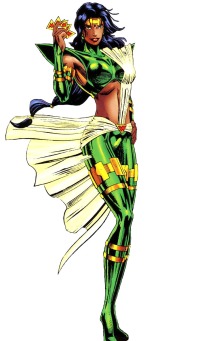 Chances of Being Made: Possible (New Warriors are getting tv series so she could be in a wave for that)

Chances of Being Made: High (she is actually a character that pops up for quite a bit. Possible Cap wave figures?)

Chances Of Being Made: High Chance (she has been turning out a good bit in various stories including the latest Contest of Champions). 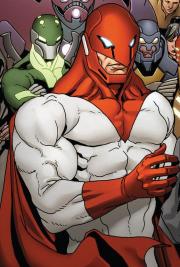 Chances Of Being Made: Low

Well that’s all the heroes I could find that represent their country. I had alot of fun looking up all these characters and seeing their heroes. If you know of any hero from a country I have missed, please,PLEASE let me know and I will as it. Again Happy Independence Days to all my American readers. If you want me to something similar to this, like naming all of the States heroes, let me know.