(First, For all of those wondering The Stan Lee special will be tomorrow.)

The results are in folk. The first part of the Best Marvel Legends are in and we have a number of Finalists after this. We managed to get over 70 people responding to this survey, to which I thank all of you. The next part will be up later but let have a look at the results. I will only be talking about the Winner to make it easier to read. Enough about that onto the results.

Here I asked you to look at the waves as a whole and decide which is the had the best assortment.

(I really should do what the NBA did with the Harlem Globetrotters and banned the X-waves from the results LOL.) It come as not surprise to anyone that taking the third year as the Best Wave Assortment with an overwhelming 58% result is the X-men Apocalypse wave. What’s not to like about this wave. We get 3 fantastic updates to classic costume (Psylocke, Wolverine, and Sabretooth), a nice classic costume in Punk Storm, a modern version of Magneto and an Army Builder figure that was requested for years. The BAF is also great, giving us what most would agree is the best version of Apocalypse. The only downside is the re-release Gladiator but it was great to get if you didn’t have SDCC version.

Here I asked you to pick the Best build a figure in terms of sculpt, paint and overall all presentation. 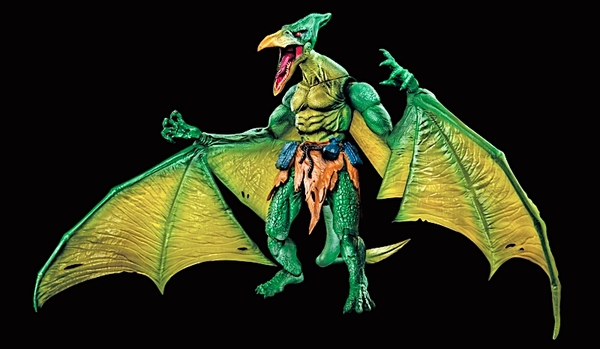 The Apocalypse wave may have won the Best Assortment but it was the second Deadpool’s wave that won the Best BAF. And trust me, it was extremely close between this and Apocalypse, with the other nearly winner but Sauron zoomed past him. And this is the best BAF of 2018. Look at the detail on this “long-sought-after-since-the-TB-days” figure. Hasbro over did themselves on this figure. I mean just the wingspan alone on this figure is amazing. Sauron now takes the first place in the finalists.

A new category, Here I asked you to select the best packaging design. 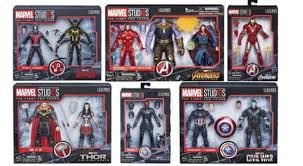 This was another extremely close race with only 2 votes between this and the Vintage wave. However, these boxes not only had a very nice design but also allowed the buyer to have a nice diorama of many of the MCU movies so are. The nice slick black/grey design stand out.

Here I asked you to pick the best single packed (one figure) Exclusive.

What was once the most worried about figure, turns out to be one of the best figures of the years. Another overwhelming result, Thing almost instantly zoomed past all the competition. After all the failure of the previous Thing from both companies, this would blow all of them away. It takes the second Finalist spot.

Here I asked you to pick the best 2-pack exclusive.

Winner – Days of Future Past Sentinel and Wolverine – 21%

Another extremely close contest with only 1 vote between this and the AIM set, the winner is the Amazon Exclusive Days of Future Past Sentinel and Wolverine. Say what you will about the price (it is too expensive), for army builders and newcomers who missed the previous version this is a most have. It also included a much needed update for the DOFP Logan that Toybiz did.

Well, the first batch of result. Whether you agree with it or not, let me know. Just be warned that these were voted by you the readers, so I don’t want anyone saying that this was fixed or anything of the sort.

The next batch of Categories, all comic based, will be up later. MCU Collector will be next week.