Welcome Back Plastic Addicts! I hope you all had a fantastic holiday whatever you celebrate. Did you guys get your fix with you plastic crack? Were any of them based on the MCU? Well why don’t see look at was the best MCU figures this year to see if you got the best? I will be doing both Male and Female this post to save up on time. This year we had a number of great films and of course Hasbro has released a number of figures for the films. Of course this has started a  debate with Fans whether these are taking over the line but that’s a debate for another day.

But you don’t want to hear me whining about the whole MCU based VS Comic based figure. You want results. So Ladies first. 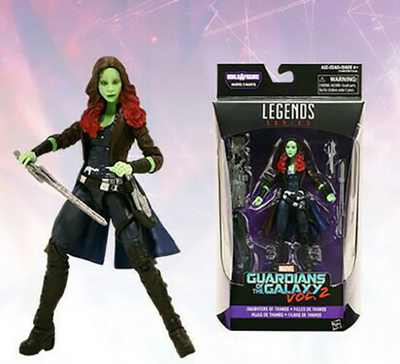 Taking third place for the Ladies we have the deadliest woman in the Galaxy, Gamora. This figure was a HUGE improvement over the last one and well worth the spend.

Second place goes to Netflix Jessica Jones. While her own series is only 3 of the 4 Defenders, no one can deny that this is an awesome figure that this is.

The overall winner for the Best MCU Female figure is Hela. IMO, Cate Blanchett performance in Thor: Ragnarok was fantastic and this figure is deserving of her. This thing is great, Fully detail and comes with a swappable head that looks just like the actress. The beautiful thing about this design is if works perfectly with your comic figure so you don’t have to pay through the nose for the SDCC one (which is a great figure as well). Recommend buying this for all MCU or comic fans.

Well that’s it for the ladies let see how the gentlemen fare.

Taking third place by his lonesome (that sentence makes more sense later) is the first of the Netflix heroes, Daredevil. The hero that started of the Netflix brand of the MCU took a while to be made but thankfully it turned out great.

Tying for 2nd is the Punisher figure and Vulture figure. Punisher exploded onto our screen in DD season 2 and the figure respresent the actor perfectly while Keaton’s Vulture as the first MCU Spidey villain made Vulture a villain to be feared. The figure was great especially if you completed the wings for him.

For the first time on this Best Of we have a tie for first place. I don’t think there is anyone who didn’t think Micheal Rooker performance as Yondu was nothing but fantastic. I also don’t think there was a single dry eye at the end of the movie. While he was released before the movie, everyone was excited for Yondu as he prove to be one of the best figures of the year, particularly with both his heads. Thor also had is best performance and we finally got a general MCU release for the God of Thunder. It was probably the best representation of the character. They were made better with the photo realistic sculpts.

Well that the results. Last time I had someone accuse me of tampering with the vote even though I posted the result page below. Well here are the results for this page so you can see for yourself that these are the exact results.

Well That’s it for now. I’ll be back next time with the result of the Best BAF and Best exclusive. See ya then.