Hey my fellow Plastic Addicts. Whelp. I caught up with all the new figures revealed by Hasbro and have done all the characters from Toybiz line so I guess it’s time to start going back to the early days of Hasbro making ML. We jump all the way back to the Annihilus wave (which should be noted was designed by Toybiz) with a look at 3 characters who need a remake.

We start off with a look at fellow Irish Man, Banshee. With all the X-men character Hasbro has done since they relaunched the X subline and the fact that they have tried to complete the Giant-Size X-men, I can see Hasbro making another Banshee really soon. (Don’t believe the rumor that Dwight hates Banshee).

Lastly we have a movie figure in the form of Beast (XCU). While we can all agree that the third X-men movie was garbage, Kelsey Grammer’s portray of Hank McCoy was a highlight of the movie. Wish his figure was better though.

Next time we will look at Hasbro’s first ever BAF, Annihilus alongside the some more X-men movie figures and maybe Ultimate Wolverine and Xorn. 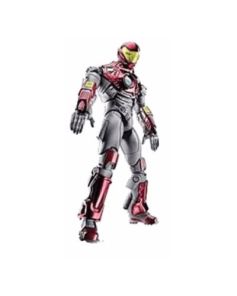