Also reveal today were 2 of the second wave of Vintage figure, Wasp and Ant-man. Both are repaints of previous figure (Ant-man wave Wasp and Walgreen’s Black Ant) with new heads. Each also comes with a miniature version of the other person. Ant-man is in his classic costume (we can presume this is Pym and not Lang) but the Wasp is a very special costume choice. During the Toybiz day, Hasbro released a Wasp figure in the MODOK series. That Wasp figure was supposed to come with 2 varaints, the red and black version which did see an official release and the now mythical Blue and White version. Some of them managed to get out of the Factory but they were never officially released, which made the figure run into the thousands. Thank you Hasbro for giving us this version. 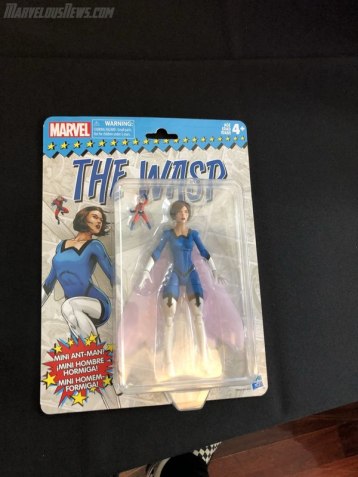