“And there came a day, a day unlike any other, when Earth’s mightiest heroes and heroines found themselves united against a common threat. On that day, the Avengers were born—to fight the foes no single super hero could withstand! Through the years, their roster has prospered, changing many times, their glory has never been denied! Heed the call, then—for now, the Avengers Assemble!”

They are the world mightiest heroes. Brought together in The Avengers #1 by  Stan Lee and Jack Kirby, the team would become Marvel most popular team for decade, only trumped by X-men for a while. They were originally brought together to fight the Hulk who they were tricked by Loki into believing he was going on a rampage. After finding out the true they stuck together and became the Avengers, Earth Mightiest Heroes. However it wasn’t soon before the roster changed and Hulk left due to in fighting and the rest distrust of him, with the help of Space Phantom. It wasn’t until a certain World War 2 hero that they would truely form into a migthy team.

The founders of the Avengers were the some of the most popular character at the time who would all eventually leave. However they would almost always return to the team, most of them leading the team for quite a while.

Before we get into the founders I just want to say that the likelihood of us getting every member of the Avengers is extremely unlikely. Some have become so obscure that they have been forgotten about. That not even mentioning the constantly changing roster and new members.

Click on the name to go to the Characters Pages, if availible.

It is because of Thor that the Avengers were truely brought together. It was Thor’s enemy Loki that had Hulk go on a rampage that lead Rick Jones to try and contact the F4. However, Loki wanted Thor for fight Hulk, thinking that he couldn’t defeat him, so he sent the message in Thor direction which was picked up by the other founders.

This Avenger with the most troubling career. Hank started out as Ant-man when he helped found the team but felt small compare to the rest so he became Giant-Man. After leaving and returning, he changed his name to Goliath. He then was made chairman but after finding out that his brain patterns created Ultron, he had a breakdown and became Yellowjacket believing he killed Hank. He married Wasp and was cured but after a number of years, had another breakdown which lead to him hitting Wasp. This lead to him being expelled and imprisoned. After he served his time he became a science consultant for the WCA before returning to the team as one of his many names. 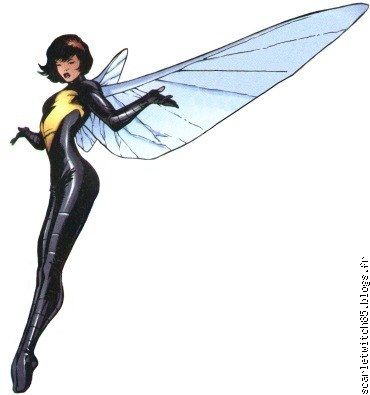 The person gave the team it’s name, Wasp is the one who loves being an Avengers the most. While she was more flirty at first she soon became an exemplary member of the team, eventually becoming one of the team’s best leader. While she has now focus more on her fashion career, she still remain active in various teams.

Despite being one of the main Avengers in the MCU, Hulk actually rarely remains with the team. In fact he left in their second issue!! He became their enemy the next issue after that. For a while he would only team up with the Avengers whenever there is something they can’t fight alone, but never rejoined the team until Avengers Vs X-men #11!!